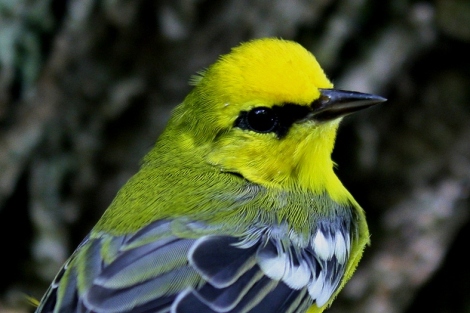 The SARR MAPS season (Monitoring Avian Productivity and Survivorship) ended this week on a “blue note” but we are happy with the results and the diversity of birds sampled. “First of the season” species banded in the last week of SARR MAPS include Winter Wren and Hooded Warbler at Big Bald, and House Wren at Cowee. And at Tessentee, an adult male Blue-winged Warbler became the final bird trapped in the last hour of the MAPS season!  We haven’t seen or heard this NC ‘significantly rare’ species at Tessentee during the past four seasons of MAPS sampling from 2010 to the present. To our knowledge, Blue-winged Warblers (BWWA) do not currently nest in the early to mid-successional habitat that abounds at Tessentee Farm, but they have been noted there a few times by attentive birders in the past decade.

The BWWA and their close congener, the Golden-winged Warbler (GWWA), are both scarce breeders in western NC that rely on similar nesting habitat. Their ranges are segregated by altitude but sometimes overlap, allowing resource competition to drive hybridization. BWWA numbers are thought to be increasing in North Carolina, while GWWA have been in decline for a decade or more. Both can be detected by their distinctive songs in early spring, but during the late summer quiet time, greater effort must be employed to locate birds skulking in the dense brush!  As the breeding season in North America winds down, neotropical adults and newly independent fledglings disperse from their natal territory, and seek habitat with abundant food sources, to complete their feather molts and store energy for their forthcoming migratory flights. You just never know what is in the bush until you look, listen or trap! 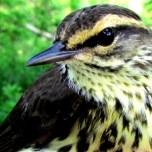 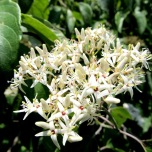 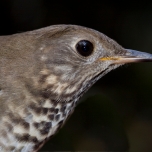 The importance of the dynamic habitat at Tessentee and the utility of sampling with MAPS protocols  becomes more evident with each passing year.  In 2013, SARR banded 3 cryptic neotropical species, Connecticut Warbler, Gray-cheeked Thrush and Northern Waterthrush, all long-distance migrants that rely on the early successional habitat along the Little Tennessee River bottomlands as a ‘green’ migration corridor for their journey north. This valuable and imperiled habitat, protected by LTLT conservation easement, also serves as a bountiful staging area for southbound neotropical migrants like the elusive Blue-winged Warbler. 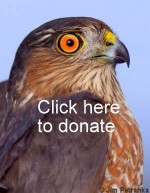